Recently, I’ve been reading a really interesting and entertaining book. I would have liked it to last longer, and I found myself ending on Pinterest gathering pictures about the places mentioned in the book, to match the images I had in mind when reading. I thought I could share them here and maybe make you want to discover this amazing story.

This book is called The Bellwether revivals (or Le complexe d’Eden Bellwether in French), and is the first novel written by a young british author: Benjamin Wood. Published in 2012, it won several prices. Translated into French in 2014, it happens to be a best seller in France.
I found my copy of the book at the main table of the bookstore and grabbed it because I liked the cover. I read the back cover: Cambridge, Bellwether, organ, machination, musical prodigy, charismatic, disturbing experiments, etc. I instantly pictured the decor in my mind, and heard the music. (My little brother plays the piano, and the (real) organ sometimes, that helped.) The previous book I read was a bit cheesy and philosophical, so I bought The Bellwether revivals, in need for a change.

“Bright, bookish Oscar Lowe has made a life for himself amid the colleges and spires of Cambridge and yet is a world apart from the students who study in the hallowed halls. He has come to love the quiet routine of his job as a care assistant at a nursing home, where he has forged a close relationship with its most ill-tempered resident, Dr Paulsen.
But when Oscar is lured into the chapel at King’s College by the ethereal sound of an organ, he meets and falls in love with Iris Bellwether, a beautiful and enigmatic medical student. He follows her into a world of scholarship, wealth, and privilege, and soon becomes embroiled in the machinations of her older brother, Eden. A charismatic but troubled musical prodigy, Eden persuades his sister and their close-knit circle of friends into a series of disturbing experiments. He believes that music — with his unique talent to guide it — has the power to cure, and will stop at nothing to prove himself right. As the line between genius and madness blurs, Oscar fears the danger that could await them all.” from http://www.benjamin-wood.com

The Bellwether revivals broach subjects as inner conflicts, between religion and skepticism, bad and good, honesty and lies, love and hate. You don’t even think about it, you just live these conflicts with the characters. I liked the fact that there is a limited number of characters, and none can be considered as secondary. Everyone of them is involved in the web of relationships woven by Eden Bellwether, and you see how a group of “friends” can do things that a single person would judge insane. 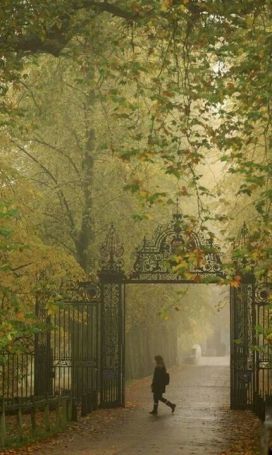 The city of Cambridge could be considered as one of the characters. Its particular atmosphere helps the reader to really get into the story. Its impressive buildings, foggy nights and rainy days make you feel a little uncomfortable, just as are the characters. I don’t like when authors churn out pages of description, and Benjamin Wood can perfectly depicts the main places of Cambridge in a few well chosen words. I won’t say more about this book, you should just read it. 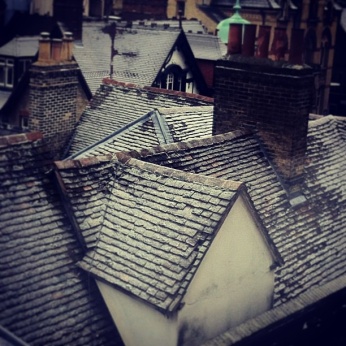 A foggy start to the day. Picture by The Cambridge boat crew. 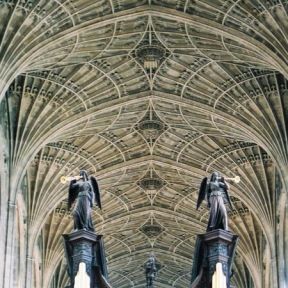 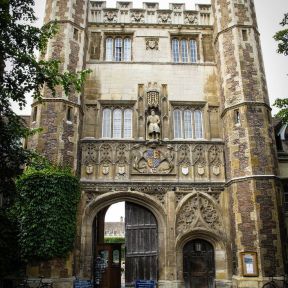 The Bellwether revivals is available in english and french, and soon in italian and spanish. In July 2015, the second novel of Benjamin Wood, called The Ecliptic, will be published in UK.
All images have been found on Pinterest.